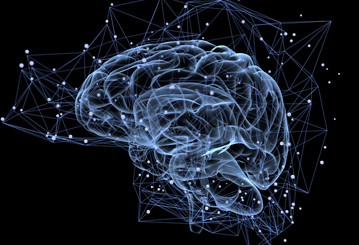 Lipoproteins are an area of study with a huge therapeutic potential for both the pharmaceutial industry and for functional foods. The LABEX LipSTIC is leading the way with research in this area. One of their discoveries is the ability of lipoproteins to target areas of the body for precise delivery of liposoluble active compounds.

In 2013, Neuropsychopharmacology, the US journal that addresses fundamental and clinical research work at the crossroads of the fields of the brain, behaviour and therapies, published a paper called Increased Amyloid-ß Peptide-Induced Memory Deficits in Phospholipid Transfer Protein (PLTP) Gene Knockout Mice. The findings of this remarkable research show that lipoproteins can nano-vectorise and release natural compounds such as vitamin E in the brain, thus enabling a passage through the brain blood barrier.

The results were obtained during research conducted by the Laboratory of Excellence (LabEx) LipSTIC, directed by Laurent Lagrost of Dijon’s “Lipid, Nutrition, Cancer” joint research Unit . The Laboratory was set up under France's Investissements d’Avenir program and brings together three French innovation clusters (Vitagora, Eurobiomed and Medicen) and 23 research teams pooling over 140 scientists throughout France. The University of Burgundy and the University of Franche-Comté are also among the partners in the laboratory.

The main goal of this multi-award winning laboratory is to develop new treatments for inflammatory diseases and cancer by harnessing the potential of lipoprotein  particles (LPP). These tiny blood-borne particles have the ability to transport active compounds, either nutritional or pharmaceutical, opening avenues for targeting lipid-soluble bioactives to the diseased organs, or even transporting inflammation-causing bacterial compounds to the liver for elimination. In time, their findings could lead to new health and diet guidelines and new treatments for a number of inflammatory diseases and cancer.

“Several years ago, Dijon’s “Lipid, Nutrition, Cancer” Unit that I now direct demonstrated that the protein PLTP, coded by a gene, enabled a liposoluble antioxidant, for example, vitamin E, to enter the brain,” recalls Laurent Lagrost. The scientists then observed that invaliding the gene coding for the protein caused a drop of roughly 35% in the amount of vitamin E in the brain. They also noted cognitive deficits, mainly in the so-called “PLTP-Knockout” mice.

The scientists at LabEX LipSTIC then took the mouse model and tested it in the context of Alzheimer’s Disease and the deposit of the Beta Amyloid peptide. The “Molecular Mechanisms in Neurodegenerative Dementia” Joint Research Unit in Montpellier, working with Amylgen, a Montpellier based company that develops models of neurodegenerative diseases in rodents - both also partners in LipSTIC –, injected a fragment of the peptide into the mouse model. “They managed to mimic certain symptoms of Alzheimer’s disease,” explains Laurent Lagrost.

The scientists then observed an acceleration of the cognitive deficits in the mice and in particular a worsening of short term memory and an increase in oxidative stress, with increased deposits of the Beta Amyloid peptide. However, by giving the mice vitamin E supplements, they were able to counteract, at least partially, the observed cognitive deficits.

“Their collaborative work is outstanding, perfectly illustrating the strength of a LabEx such as LipSTIC, where each partner provides its expertise to answer a relevant question in a satisfactory manner,” Laurent Lagrost exclaims.

Other areas of treatment include eye health, neuro-degenerative diseases

Their findings are especially encouraging as vitamin E also plays a role in the retina. Research is thus ongoing regarding the retinal barrier, in collaboration with Lionel Bretillon who is joint head if the “Eye, Nutrition and Cell Signalling” team at the Dijon-based Centre for the Sciences of Taste and Food (CSGA). Aside from what researchers may eventually observe in the retina and how it works, LipSTIC results have already had repercussions, specifically with the “Epithelial Functions and Dysfunction team” at the University of Franche-Comté that is seeking to optimise how epithelial barriers work, or to facilitate drug delivery, thus clearing the way for innovative therapeutic strategies.

Laurent Lagrost also cites other research conducted with BioProtein Technologies, a company specialised in producing recombinant vaccines for therapeutic use in the milk of transgenic rabbits. Based in Jouy-enJosas near Paris, it is also a partner of the LipSTIC consortium. “We are convinced that PLTP, like other proteins, could be an asset for therapies. This explains our idea of producing human PLTP in large amounts and using it as a therapeutic protein because of its capacity to make vitamin E enter organs,” he summarises.

A patent has already been filed in France and has recently been extended internationally. “All of these collaborative ventures evidence strong coherence,” he adds. He is particularly satisfied as the study, published in Neuropsychopharmacology, demonstrates a link between oxidative stress and neurodegenerative diseases. “Until now, most studies have shown that the development of Alzheimer’s also sees an increase of oxidative stress in the brain. Our results now demonstrate that a lower vitamin E (an antioxidant) level in the brain leads to rise in the incidence and the progression of neurodegenerative diseases. The causal link is reversed,” he concludes.

Are you interested in Vitagora's actions or network in preserving health and wellness through food?