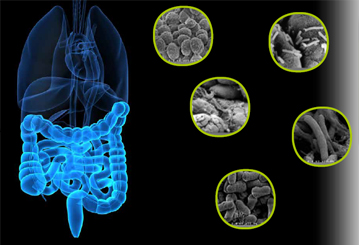 Using microorganisms (bacteria, yeast, fungi) to transform food staples such as wheat, milk or fruit into bread, beer, cheese or wine, is an age old human practice. But a better understanding of microbial ecosystems and mechanisms has progressively allowed us to control, industrialise and optimise the production of these foods. The research carried out by scientists in three world-class units - PAM, MICALIS Institute and URTAL – illustrates the topics studied by Vitagora.

Within the Food and microbial processes ("Procédés Alimentaires et Microbiologiques" - PAM) research unit in Dijon, directed by Pr Laurent Beney, microorganisms are the area of predilection for around 40 people. “We are working on microorganisms destined to produce or improve fermented foods such as bread, wine, cheese, or for use in probiotics,” explains Pr Beney.

These microorganisms need to be selected, thanks to classic tests and molecular biology, before being offered for industrial production. The selection process involves characterisation of function, but also their ability to resist technological treatments such as freezing or drying.

In parallel, the lab’s team has developed a number of strategies for drying and freezing microorganisms while reserving their viability and function. This research is sometimes carried out with food businesses on both a basic and applied level.

Focusing in particular on lactic bacteria and wine cultures, PAM’s scientific teams work closely with the wine industry. One of their joint goals is to reproduce the yeasts of specific wines. Another area explored is the possibility of producing microorganisms in the form of spores. “Spores are heat-resistant which means that we could add sporulated forms of probiotics into functional foods so that they could become active during digestion,” explains Pr Beney.

Micalis Institute has 350 scientists shared among 21 teams, as well as four technological patforms and Europe’s only pre-industrial microbiota demonstration reactor. “Our goal is to develop innovative research into microbiology and food for better health,” explains Philippe Langella, the unit’s deputy director.

Pr Langella is also leader of the “Probihost” team who investigate health-beneficial, probiotic bacteria found in food or dietary supplements, or commensal bacteria found in our gut. By better understanding the interactions between host and microbiota, this team will be able to develop new preventative solutions and therapies against digestive pathologies, from chronic inflammatory diseases such as Crohn’s or ulcerative colitis, through to digestive troubles such as irritable bowel syndrome.

Recently, this team was involved in a Vitagora accreditd R&D project around the immuno-stimulating properties of Faecalibacterium prausnitzii, an anti-inflammatory commensal bacteria identified by Micalis scientists.

Situated in Poligny, in the east of the Burgundy-Franche-Comté region, the dairy technology and analysis research team (Unité de Recherche en Technologie et Analyses Laitières - URTAL) directed by Eric Beuvier within INRA (France’s agronomic research institute), is a world leader in cheese technology. “Our research aims to better understand how the sensory properties of cheese are formed by focusing on the initial stages of cheese processing through to the beginning of the aging process,” says Eric Beuvier.

Dairy microorganisms, as well as yeasts, are an essential part of cheesemaking. Dairy yeasts are made up of a number species, broken down in turn into a number of strains. The lab’s scientists are trying to understand how they get established from the milk to the aged cheese. “It is important to understand how these various strains grow and what factors can impact their growth in the milk, the curd and the cheese,” observes Eric Beuvier. Another major area of interest is understanding the role of microorganisms on cheese quality, in particular regarding the formation of aromas.

The scientists develop model cheese in the lab’s experimental mini factory. “Unlike other research teams who work in vitro, we observe complex in situ interactions that can take place over the whole cheese-making process,” explains Eric Beuvier. Collaborations are underway with scientists of the Micalis Institute and AgroParistech in order to discover which bacterial enzymes are involved in the formation of cheese aromas. This research makes use of such cutting edge tools as proteomics, a first for the cheese sector.

The Poligny-based scientists are also involved in Food-Redox, a Vitagora-accredited applied research project examining the evolution of the redox potential in cheese making, linked to lactic bacteria activity. “In time, we would like to control this parameter, which can have an impact on the growth of microorganisms and, later, on aroma formation.”

Are you interested in Vitagora's actions or network around fermented foods and microorganisms?