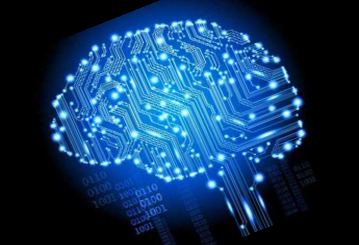 The aim of the project Neuro-DSP to combine the features and capabilities of a so-called 'neural' processor with those of a standard processor and then integrate the hybrid into applications for various industries, including food ­processing and agribusiness. Yumain (formerly Global Sensing Technologies), a young Dijon based company founded by an industry operator and an academic, whose products are based on a neural technology design, is one of the project partners.

What is a neural processor?

Compared to standard processors, i.e. the well-known chips enclosed in most of the ubiquitous digital tools in our daily environment, the special feature of so-called 'neural' processors is a different architecture with associative memories called 'neurons' that 'imitate' the reasoning of the human brain. Except that our brains have about 1,000 billion neurons while today's top neural processor, the CM1K engineered by CogniMem (USA), only has 1,024 neurons.

However, because of ils parallel neural architecture, this type of processor can recognize a pattern or a signal simply and in real lime, a feature that can be very useful in certain fields such biometrics, access contrai, medicine or food-processing.

Launched in 2013, the project Neuro-DSP aims to develop applications based on a hybrid neuronal processor, in order to offer new means of quality control (detection of defects, security, facial recognition, and also for use in cooking appliances for the food industry). The project brings together 7 partners, including such heavyweights of French industry as the Safran group and the Seb group. One of the partners of the project is Yumain (formerly Global Sensing Technologies), a young Dijon-based company with a number of innovations up its sleeve.

On September 15, 2011, Xavier Bruneau and Michel Paindavoine launched Yumain (formerly Global Sensing Technologies), a company developing products based on neural processors. Xavier Bruneau, currently GST's CEO,  is an engineering graduate of Ecole Centrale Paris, and spent his entire career in heavy industry, first at Bertin and later in the military aeronautics field at Alkan where he was General Manager. Michel Paindavoine is a professor at the University of Burgundy and specialist in signal and image processing, and is GST's technical manager.

"Our goal in creating the company is to exploit the capabilities of the processor, given that the neurons can be installed on a programmable circuit called FGPA (Field-Programmable Gate Array)," Xavier Bruneau explains.  With a staff of seven employees, GST gas been able to develop and design its first products that have been marketed since 2013. These products include NeuroPIC, a camera for fast and efficient pattern recognition including defect detection or facial recognition.

Another product in the GST catalogue,  the NeuroFGPA card, is for a wide range of applications. With adjustable settings, the card isable to carry out pattern recognition, selective sorting or target monitoring, and is a new way of approaching signal recognition and the classification of embedded systems. Finally, GST's Neuro Aatform is a software for any application requiring signal analysis and environment interaction.

The young company also offer services to potential customers and conducts basic research for the development of new products in the medium to long term. "The project Neuro-DSP is somewhat like the icing on the cake for a young business like GST. Just think,we're working with a wealth of partners, including CEA LIST and the SEB group, on an accredited Vitagora project that was selected for national French funding," exclaims Xavier Bruneau. The young company joined Vitagora once they realised that GST engineered solutions could be of interest to agribusiness and the food-processing industry as well as to agriculture and winemaking. Recognising an object on the fly or comparing rnanufactured products with the ideal shape of the product are among the many possibilities that GST could soon be offering to different industries that are always seeking more effective and efficient quality control solutions.

Are you interested in Vitagora's actions or network around the topic of FoodTech?

Institutional catering in France: evolving consumer expectations and emerging innovations
Food scoring apps in France, a threat or an opportunity for food brands?
Plant-based alternatives to meat
Sensory analysis and statistics to understand your consumers