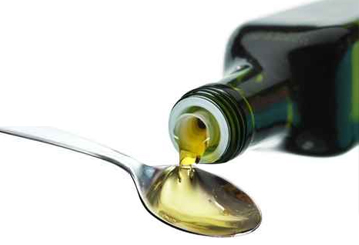 Can one actually talk about the taste of fat? The findings of the most recent research by the team of Professor Philippe Besnard, who heads the NUTox (Physiology of Nutrition and Toxicology) team at the Lipids Nutrition Cancer Joint Research Unit, suggest that while the texture and smell of lipids are responsible for oral detection, taste is also involved in human and rodents’ spontaneous preference for fats.

Philippe Besnard has a long history with lipids He crossed their path by chance, as his background was mainly in endocrinology and molecular biology. “I was recruited as associate teacher by an AgroSup DIjon laboratory that worked on the intestinal absorption of lipids,” he recalled. That is how he began studying the gene coding for lipid transporters in the intestine.

At the time only interesting a small handful of researchers worldwide, this topic led Besnard and his colleagues to the gradual discovery that lipid-receptors can also be found in the taste buds of mice. “We had the luck of discovering the CD36 receptor in taste buds. This protein was an interesting target and became a springboard for our research that continues to this day,” the Dijon based academic explains.

For the past ten years, the research of Philippe Besnard and his team have made other advances, during various projects accredited by Vitagora, such as SENSOFAT whose purpose was to understand the workings of the Fatty Acid Transporter CD36 on the tongue and in the intestine. Research has shown that this protein plays an essential role in the taste perception of foods by the tongue.

It also suggests that CD36 may play the role of fat sensor in the intestine. Furthermore, findings by other teams have shown that CD36 can also be found in the hypothalamus (in the brain) where there may also be a lipid sensor system, according to Philippe Besnard.

Does this really mean that the taste of fat is now a reality and that we can safely talk about a sixth taste? “It exists as a kind of continuum along
an oral-intestinal-hypothalamus axis where the same type of receptors can be found. However, while their operating mechanisms are similar, the physiological consequences they cause are different depending on their location,” summed up the researcher. Well then, can we finally talk about the taste of fat? “All the required theoretical conditions for designating the oralsensory perception of lipids - I’m not saying taste - are virtually there,” explains Philippe Besnard, with typical scientific reserve.

He explains that unlike the primary five tastes - sweetness, saltiness, sourness, bitterness and umami - fat does not seem easily perceptible as a unique sensation in humans. Take saltiness, sweetness and umami, they bring pleasure to the people tasting them. On the other hand, sourness and bitterness trigger wariness. So, what about fat? Philippe Besnard believes that, “the taste of fat could be an unconscious oral-detection system enabling a person to select foods, not based on a specific primary sensation, but on their energy density.”

He recalls that since humans evolved several million years ago, they have experienced a situation of food insecurity. However, the fact of having a system that would allow humans to orient their choices according the energy density provided by the food could represent an evolutionary advantage that would be found in different animal species. In the current situation and at least in developed countries, the hypothesis
may explain why obesity keeps growing. The “taste of fat” still has surprises in store for Philippe Besnard and will continue to pique his curiosity during new projects lead by his team of scientists.

Are you interested in Vitagora's actions or network around sensory and taste sciences?