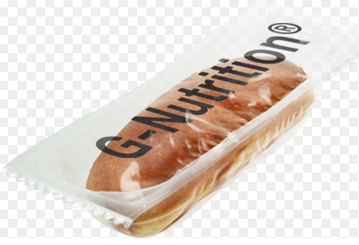 A little loaf of bread, baptised “G-Nutrition”, has caused quite a stir in among elderly care professionals. This bread is the result of a long development process aiming to meet the nutritional needs of the elderly, as well as being perfectly adapted to their taste preferences and eating abilities. As of 2018, it became the first "everyday" food product to receive authorisation to be refundable by French Social Security, in recognition of its impact on elderly health.

This bread was developed within a flagship Vitagora project, mobilising a number of industry actors and demonstrating the cluster’s ability to develop food products for an emerging market, as well as adapting product attributes to specific sensory and nutritional profiles.

What is the recipe of success for the G-Nutrition bread, the recipient of a number of industry awards, including a SIAL innovation prize? To start with, a favourable climate. “From 2006 onwards, breadmaking businesses in France were encouraged to focus on developing food solutions for the elderly,” explains Piere-Yves Dymarski, innovation engineer for Cerelab who developed the bread in partnership with a number of industry players. “There has been a growing realisation that elderly malnutrition is a major problem for public health and new solutions were needed. Finally, we needed a catalyst in the form of Vitagora, who mobilised the region’s industries and scientific strengths around an ambitious R&D project.”

Several years of R&D, from field trials to select and characterize wheat varietals, to milling techniques through to formulation tests and clinical trials, lead to the launch of the first dietary supplement in the form of a loaf of bread.

Compared to a classic bread, G-Nutrition is in the brioche style, with added protein, fibre, 4 minerals and 6 vitamins. A few ingredient adjustments were necessary to ensure the correct rheological properties of the dough, through the fermentation and baking stages.

Currently being distributed by the company Nutrisens, primarily to elderly care establishments, it was also carefully designed to appeal to the taste preferences and usages of elderly consumers, whose capacities for manipulation and deglutition could be reduced. “The bread is shaped to easily allow it to be dipped in a hot drink. It also has a soft, easily chewable consistency for easy mastication, while holding its shape while being spread with butter or jam. Finally, as a slightly sweet brioche enriched with butter, it is a completely familiar product that fits perfectly with older people’s food expectations, while still being a source of pleasure”, explains Pierre-Yves Dymarski.

Over the course of its development, the bread has undergone a battery of tests, incuding clinical trials in nursing homes. These were able to show that it contributed to increasing the protein and energy intake of elderly patients. Blood tests showed an increase in vitamin levels and in selenium. “G-Nutrition can easily replace a dietary supplement in terms of effect,” confirms Piere-Yves Dymarski.

The first bread to be refundable by Social Security

Following a long process, an official publication from the Ministry of Health on July 9th, 2018, confirmed that G-Nutrition would be refundable by the French Social Security. This makes G-Nutrition the first bread product to receive this authorisation.

This announcement had an immediate effect. The product's website announced within days that they were out of stock. "It's a real success that shows what our region is capable of innovating, while addressing the significant food challenge of elderly malnutrition," says Pierre Guez, president of Vitagora.

Are you interested in Vitagora's actions or network around the food product development, or elderly food?