Packaged meat tends to capture the interest of the consumers attracted by the convenience of these products in terms of food preparation and preservation. Yet the risk of bacterial contamination of fresh packaged products remains a major problem for agri-food manufacturers.

How can this risk be addressed? Is it possible to produce antibacterial food packaging? What strategies can be explored for inhibiting or even destroying bacteria?

The market for packaged meat, which includes, for example, pork products such as ham or bacon and "ingredient-type" meat products such as minced beef, is experiencing a resurgence of interest among consumers, who are attracted by the practicality of these products from the point of view of both preparation and storage (longer shelf-life).

However, the risk of bacterial contamination inside the packaging remains a major problem for the agri-food industry. One possible solution to avert this risk would be the development of antibacterial plastic films that would guarantee the hygiene of fresh products through better preservation, whilst also ensuring increased shelf-life and thus a reduction in food waste (with products taking longer to reach their expiry date).

In was in this context that BRICAPAC came into being – an ANR project with the objective of producing antibacterial plastic films by exploiting the pro-adhesive effect of bacteria on the surface. Geraldine Carrot, Senior CEA Researcher for the UMR NIMBE (Nanosciences and Innovation for Materials, Biomedicine and Energy) research unit, and coordinator of the project, explains the idea behind this Vitagora-accredited project, and reveals the first results.

The main objective of BRICAPAC is to provide antibacterial properties for plastic films used in food packaging, starting with the first step, which is bio-adhesion – a process that allows the inhibition of spoilage flora and pathogens while retaining, at least in part, the positive bacterial strains responsible for the organoleptic maturation of the products. BRICAPAC's other aim is to generate these antibacterial properties without any bacterial release, focusing on the development of cross-linked or grafted structures with functionalised antibacterial polymers, rather than the use of small molecules or inorganic particles.

This ANR project, launched in January 2017 and finalised in July 2021, brought together various academic and industrial partners in a collaborative consortium:

Geraldine Carrot is a researcher at the NIMBE (Nanosciences and Innovation for Materials, Biomedicine and Energy) laboratory, a CEA-CNRS joint research unit (UMR 3685) that is focusing on the design, assembly and analysis of matter, from the micron scale to the nanoscale, and on gaining an understanding of physicochemical mechanisms and their synergy at these scales.

Incorporating antibacterial properties into plastic packaging: the limitations of the current solutions

Incorporating antibacterial properties into plastic food films is an idea that is not new, and several methods have already been explored. Yet the limitations of these strategies have quickly become apparent:

Carrot sums up: "Faced with such solutions, the challenge now is to develop new methodologies for anchoring polyionenes (antibacterial polymers) on surfaces, while avoiding the emission of active agents into the environment (release)."

An innovative approach: the pro-adhesive effect

Within this context, the BRICAPAC project partners have chosen to explore a different strategy, using the pro-adhesive effect of polyionenes (antibacterial polymers) to attract bacteria in order to inhibit or even kill them. This is otherwise known as the "trap" effect. According to Geraldine Carrot, “polyionenes (PIs) contain positive charges separated by hydrophobic segments of variable sizes. The antibacterial properties of these polymers have proven to be both effective and adaptable (the bacteriostatic or biocidal effect).

Our objective has therefore been to form a bacteriostatic polymer film (bioactive contact) on which most of the undesirable bacteria will be trapped or retained in order to limit their growth and prevent their multiplication in the product".

"We wanted to see if we could focus on inhibiting pathogenic bacteria, while sparing the right strains," adds Geraldine Carrot, highlighting, for example, the importance of preserving lactic acid bacteria for meat maturation. "In the BRICAPAC project, we also studied the strain-dependent effect. We examined three classes of bacteria: lactics (which are beneficial and should be preserved), spoilage bacteria (which are non-toxic but nonetheless undesirable) and pathogens (which pose a health risk).”

On this point, she admits that the project consortium benefited from a certain amount of luck: "We realised that spoilage bacteria and pathogenic bacteria have an increased sensitivity to polyionenes... unlike lactic acid bacteria". And she also specifies: "This is the case whether they are on the surface or in a solution".

Geraldine Carrot and the BRICAPAC consortium also noticed a "pioneering" effect in pathogenic and spoilage bacteria: "They are the first to become attached to surfaces altered by polyionenes, unlike lactic acid bacteria."

A number of ways of exploiting this antibacterial effect through bioactive contact have been explored. "In order to avoid situations where bacteria are released, we wanted to focus on three strategies that are robust in regard to anchoring and that could potentially be rolled out on an industrial level," explains Geraldine Carrot.

"Chemical grafting is a technique that we are very familiar with at NIMBE, and it gives good results in terms of properties.”

Carrot explains: "The destruction or inhibition of pathogens is achieved through the flexible structure of our polyionenes, which allows us to modify the amount of CH2 (methylene) in the recurring unit of the polymer. Increasing this amount strengthens the antibacterial impact, resulting in a biocidal effect.”

However, chemical grafting is a technique that is difficult to replicate on an industrial scale, hence the need to explore additional methods.

The use of inkjet printing

"A second idea was to formulate an ink which consists of several compounds and a solvent.”

To do this, the team carried out several studies on various different factors, including the concentration and nature of compounds and rheology (since viscosity is important for printing).

"As with the other two methods, the physicochemical and microbiological results were very satisfactory. Inkjet printing also opens up other opportunities that can be implemented on an industrial scale, some of which can be used for other mediums such as cardboard, etc.”

Finally, a third method – developed in collaboration with manufacturers – involved utilising the industrial process directly (with a pilot line for film formation by extraction), preparing a polyethylene/polyionenes masterbatch beforehand through extrusion compounding.

"The idea was to incorporate this masterbatch into the first layer of these multilayer films,” says Carrot.

"Masterbatch films have achieved particularly convincing results on an antibacterial level. Through the use of fluorescence imaging, we were able to demonstrate that pathogenic bacteria cling to this film in large quantities and are often killed (unlike a simple film, to which bacteria do not tend to stick).”

"On the other hand," Carrot qualifies ,"the dispersion of the polyionenes – that is to say the homogeneity of their distribution – was not as good as with the other methods of incorporation (grafting and inkjet). This means that the antibacterial effect may not be the same across the entire surface. We are currently looking to improve these results.”

The results of the BRICAPAC project are plentiful: three patents have been filed and several academic publications have been produced, including one published in an international journal. Furthermore, several popular articles and both national and international reports have been published. Finally, a thesis on this subject was successfully completed and defended at the end of 2020.

"Our results are very interesting for applications in both the agri-food sector and other areas of industry, such as the healthcare sector.”

"We are now focusing on improving the masterbatch solution and making it possible to develop it on an industrial scale, whilst also verifying its compatibility with different polymers through the addition of additives," concludes Carrot. 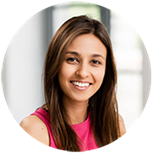 To find out more about the activities of the Bricapac project, contact Elodie Da Silva: elodie.dasilva@vitagora.com.

GI tolerability: transferring a medical assessment device to the food sector
Aromas: when messages influence the perception of food products
Giving fries an image makeover: is a lower fat fry possible?
"Emotioning": creating consistency between a brand, a product, and the emotions conveyed 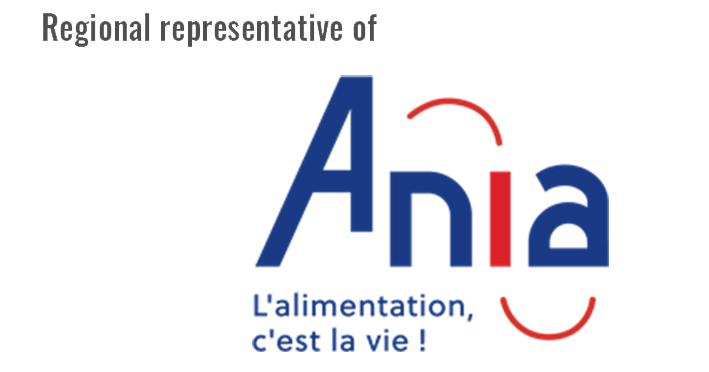