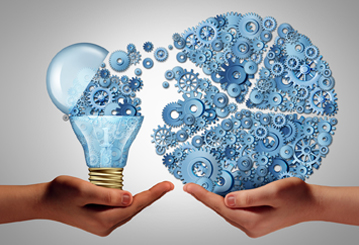 DEMETRA: Environmental optimisation of the production of microalgae biofilms

Food production, arable land and fish stocks are under pressure, and our societies are faced with the need for solutions for improving the management of our natural resources. It is estimated that by 2050 we will need to double food production to keep up with global consumption.

Consumption of fish in particular has doubled in the last 30 years - an increase that is mainly covered by the production of farmed fish, which is currently growing by 10% per year. Aquaculture is today faced with a dual challenge of reducing its use of ocean-fished materials as feed and in preserving the nutritional value of farmed fish. To date, there are two sources of protein for aquaculture:

Obtaining both of these two primary resources can have a strong environmental impact. Alternatives exist (such as processed animal meals or insect meals) but the technological characteristics and the cost have yet to be optimised.

Microalgae represent a serious alternative that corresponds to agri-business needs. They present a number of positive nutritional factors (a high protein content of 20-40%, high levels of lipids, vitamins, pigments, antioxidants and other cellular compounds), they have a low environmental impact (requiring little space, little use of chemical inputs and no pesticides) and the yields are 10 times higher than land-based plants. They represent a solution for allowing Europe to gain independance in its protein production. In Europe, marine algae are already an authorised primary product.

While the characteristics of microalgae position them as a high potential ingredient, the problem of production costs has largely limited their use. The DEMETRA project aims to address this issue by industrialising a new innovative process developed by the company Inalve for producing microalgae biofilms with a neutral environmental and energy footprint. The microalgae will then be transformed into protein hydrolysates using a newly developed processing technique, and destined for the market and aquaculture feed.

The goal of DEMETRA is to market, at a reasonable cost, a microalgae-based protein with the amino acid profile sought by professionals. Beyond its excellent digestibility, the protein obtained will have a positive physiological effect on the animals by stimulating their immune system and growth thanks to the presence of polyunsaturated fatty acids (Omega-3), antioxidants and polysaccharides.

The DEMETRA project has a budget of 2 million euros and is lead by the company Inalve in collaboration with the following entities: Laboratoire d’océanographie de Villefranche-sur-Mer, INRIA Sophia Antipolis, Teca, Université Centrale Supelec, IPSB, REXEL, Processium, Extractis, Sparos, PFI Nouvelle Vague. The project was launched in 2019 and will conclude at the end of 2021.

By 2030, France will be home to more than 20 million people over the age of 60, inlcuding 1.5 million dependant elderly. While age-related cognitive decline is a normal part of ageing, it can evolve in a silent and insidious manner over more than a decade towards significant or even pathological cognitive problems, such as dementia (including Alzheimer's which represents 70% of dementia cases). Most often, this disease, for which there is currently no curative treatment available, leads to the obligation of care provided by specialised establishments for an estimated cost of 23 billion euros per year in France.

Silver Brain Food is a research project aiming to develop solutions, products and one-to-one services to provide support to seniors, whether independant or dependant, in preventing cognitive decline by offering a diet rich in the necessary nutrients for brain health (a high "neuro-nutritional density" diet).

The identification of an optimal combination of nutrients by a multidisciplinary research approach is the basis for the technological innovations to be developed by Silver Brain Food:

Lead by the company Activ’Inside, the Silver Brain Food project will continue for a period of 5 years.